Are We Heading Into a Housing Bubble 2.0? | Langhorne Group

Are We Heading Into a Housing Bubble 2.0? | Langhorne Group 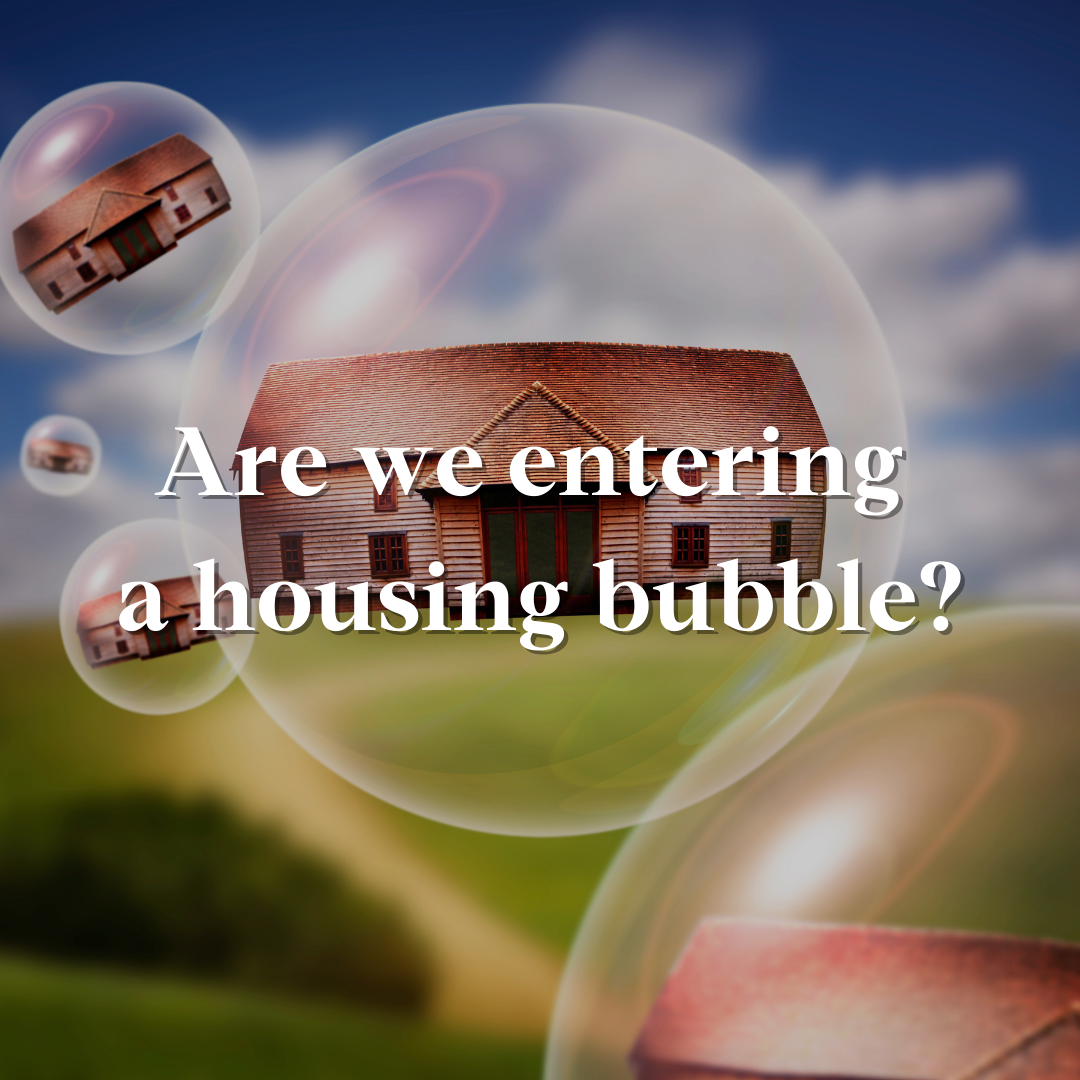 Fifteen years ago, the housing bubble burst and some wondered if we might be heading into another one. As anyone who has been following the housing market closely will know, there are a number of potential signs that a crash may be on the horizon. One of the most common warning signs is a sudden and sharp increase in prices which we have observed now.

The housing market continues to grow, with median listing prices increasing by 19.1% from the previous year. This trend is being driven by a combination of factors, including millennials hitting prime home-buying age, low inventory, and the rise of technological advancements that make buying a home more accessible. As a result, demand for housing outpaces supply, leading to higher prices and more competition among buyers. While this trend is good news for sellers, it can make purchasing a home increasingly difficult for buyers unprepared to compete in a heated market. However, it does not signal a bubble.

At some point, this current trend appears to be positive, and experts predict the housing market to remain strong.

In a blog posted by the Federal Reserve Bank of Dallas published on March 29, the authors stated that "household balance sheets appear in better shape, and excessive borrowing doesn't appear to be fueling the housing market boom."

There's no denying that interest rates are on the rise. And while that may make some potential homebuyers hesitant, some experts see it as a sign of a healthy market. In fact, they believe the signals showing now are the polar opposite of a housing crash. Home sales are expected to perform well this year as people continue moving to meet their changing needs.

Furthermore, rising mortgage rates may positively impact the housing market. While higher rates may cause some buyers to pull back, experts believe that this could actually help to alleviate some of the demand in the market. By giving buyers a breather, higher mortgage rates could help to prevent the housing market from becoming overheated. Rising rates could also prompt some sellers to enter the market, as they may be motivated to take advantage of this strong market condition for people who want to sell their houses. According to Denver-based mortgage advisor Nicole Rueth, "Rising mortgage rates may alleviate — but not eliminate — buyer demand; this could give the market a chance to balance out a tiny bit for buyers." Ultimately, while rising mortgage rates may create some challenges for buyers, they could positively affect the market.

Mark Zandi, the chief economist at Moody's Analytics, said that "The housing market is out of whack. It's not sustainable. It is overvalued, stretched, and vulnerable as [mortgage] rates rise, and affordability gets crushed, but I'm not concerned we're going to have a crash."

Fifteen years ago, prices were high, wages were low, and mortgage rates were over 6%. Today, prices are still high. Wages, however, have increased, and the mortgage rate, even after the recent spike, is still well below 6%. That means today's average purchaser pays less of their monthly income toward their mortgage payment than they did back then. Affordability isn't as strong as last year, but it's much better than during the boom. Mortgage standards are nothing like they were the last time. Purchasers that acquired a mortgage over the last decade are much more qualified.

Fed economists concluded that the current housing market is abnormal, but they don't think a housing correction would be as bad as the 2007-2009 crisis.

If you have any questions about the real estate market today, don't hesitate to connect with us!

Based on information from the Santa Barbara MLS as of June 26, 2022. Display of MLS data is usually deemed reliable but is NOT guaranteed accurate by the MLS. Buyers are responsible for verifying the accuracy of all information and should investigate the data themselves or retain appropriate professionals. Information from sources other than the Listing Agent may have been included in the MLS data. Unless otherwise specified in writing, Broker/Agent has not and will not verify any information obtained from other sources. The Broker/Agent providing the information contained herein may or may not have been the Listing and/or Selling Agent.

To continue searching, you must agree to the Terms of Use.

For the best experience, please provide your cell phone number and select accept below to opt-in to our Terms & Conditions and Privacy Policy to begin receiving text and voice communications.

or make a new notebook

Search All Homes and Exclusive Property Listings
(Prices and inventory current as of June 26, 2022)

See local market activity affecting the value of
your home & maximize your investment.

We just need your phone number to finish creating your account.